What to Expect at Tokyo Disney Resort

Tokyo Disney Resort is located in the city of Urayasu, which is located just East of Tokyo. There are two parks at Tokyo Disney Resort, Tokyo Disneyland and Tokyo DisneySea. My husband and I visited both parks this past winter and thoroughly enjoyed our stay. So what can you expect if it’s your first time to the park? I’ve shared five finds below, some of which surprised us.

Back inside Walt Disney World (WDW) in Florida, USA you see and hear people from many different countries, so I expected a hefty amount of international families at this park. Nope! We saw one other couple who we guessed were American, and a few families who were from other parts of Asia.

So what about all the families? Maybe it was out of season for them. The bulk of the guests were High Schoolers! School uniforms flocked the gates each morning, with their matching Mickey ears and coin bags in tow. At first my husband and I thought it was so strange seeing all the younger boys and girls. WDW is mainly visited by families and couples, so we were surprised to see the young groups freely roaming this Disney park with few chaperones in sight.

Once we were over the general shock of feeling old, we decided to join them and have a great time. Whether that meant taking selfies in front of Cinderella’s Castle or buying Mickey sunglasses (to obviously look super cool), we enjoyed every minute being kids again.

Just like our experience walking around Tokyo, most of the Japanese people spoke a degree of English, and if not, they tried their hardest to help us by using hand gestures, etc. Tokyo Disney was no different and we had minimal amounts of awkwardness in the parks. The park has English guides, and also pamphlets, signs, and restaurant menus written in the English language. However, some of the rides and shows were in Japanese only. It would have been nice to understand what was being said, but Disney is so animated, so thankfully we briefly understood what was going on. I highly recommend you brush up on some Japanese words to help you get the gist of shows and rides! 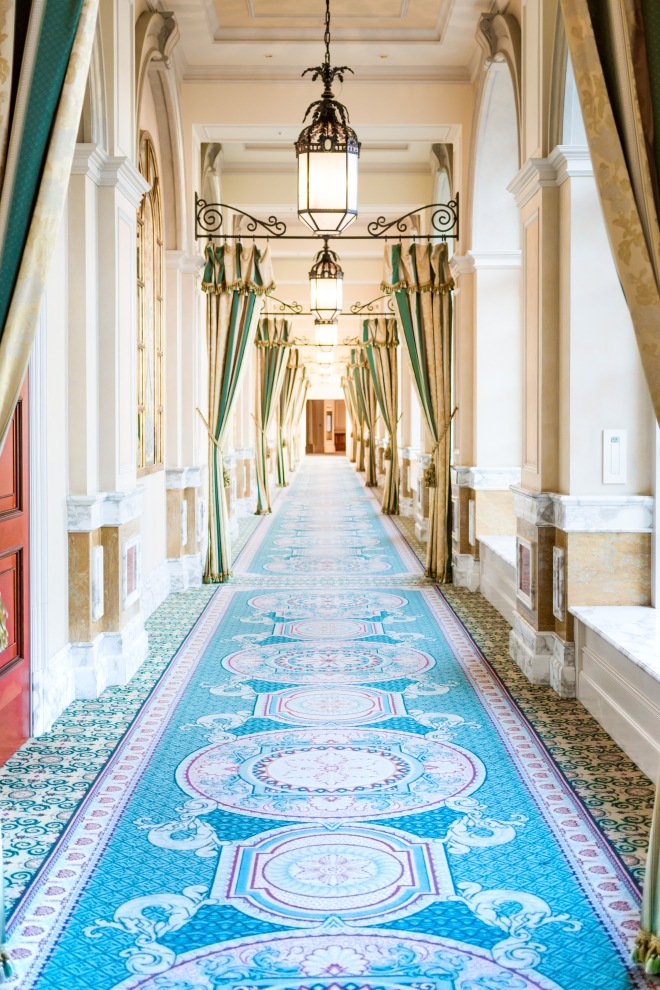 While we were at Tokyo Disney we took full advantage of staying in the park, and when I say in the park, I mean in the park. Hotel MiraCosta is located in Tokyo DisneySea and it was quite possibly the nicest hotel I’ve stayed in. With the luxury also came the price, and it was also the most expensive hotel I’ve ever stayed in. At the end of the day I thought this might be the only opportunity we had staying at the resort, so a two-day splurge happened. No regrets!

The hotel itself is Mediterranean themed to fit in with the front entrance at DisneySea. The room was stocked with Disney themed toothbrushes, toiletries, and we also had a high-tech Japanese toilet. (I miss the heated seat. Who knew!)

The room interior had luscious carpet, decor, and bedding. They even provided button-up pajamas, and it was hilarious to see my husband struggling into his pair (he is 6’1″)!  The amenities, services, and the convenience to the parks made the stay at Hotel MiraCosta truly magical.

Let’s talk food. OMG! Every place we ate had the CUTEST themed food. You would think I wouldn’t be surprised. After all, we were in Japan which is known for its kawaii (cute) cuisine. I guess being at Disney took it to a whole new level!  I would have to say experiencing the different dishes and snacks was my favorite part about exploring Tokyo Disney Resort.

It was hard to decide which park had the better snacks, so I’d have to say they were both fairly equal. Tomorrowland Terrace in Tokyo Disneyland had Mickey-shaped burgers that were both delicious and instagram-worthy. Tokyo DisneySea’s Mamma Biscotti’s Bakery had scrumptious green alien mochi that came with a variety of strawberry, chocolate, and vanilla fillings.

Flavored popcorn was a huge hit in both parks, with unique popcorn buckets to accompany them. Even though I’m not a big fan of popcorn I did try the curry flavored one and it was surprisingly delicious! 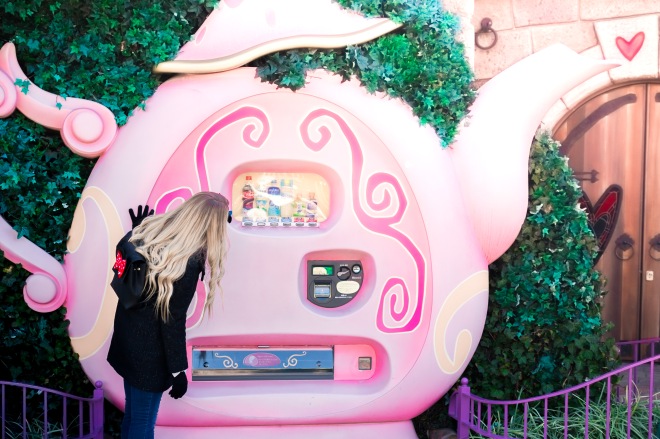 We all know that Disney is top-notch when it comes to their park detail, and Tokyo Disney Resort was no exception. One of my favorite finds in Tokyo Disneyland was the themed vending machines. Who knew something so simple could be so adorable! I guess I was forgetting we were in the country of kawaii.

I also have to mention the merchandise. I NEEDED IT ALL! They truly had the most amazing items to purchase, and I wish that I had been able to bring back more to the U.S. I was able to limit myself to a rad pair of Mickey sunglasses, a baseball cap with Mickey pom poms, and a Finding Nemo book for my niece. If you visit Tokyo Disney Resort, make sure you have enough room in your luggage to bring back all the goodies!

All in all, our visit was amazing and we would love to return someday.

Have you visited Tokyo Disney Resort? I’d love for you to share your experiences and tips! Do you have a favorite Disney park? Tell me which one you think is the most magical!